Learn How To Trick Your Mind Into Being Creative


The biggest takeaway I got from this talk was to work within some kind of limitation. We all know that the white sheet or the blank canvas are equally terrifying to gaze upon, and even more frightening when coupled with the knowledge that you could put anything on there, you must choose from a plethora of options, you have to narrow it down and decide.

He goes on to explain that the blank page gives you "too much freedom to create" and so your mind typically falls to the most familiar or uninspired solution. All creatives must be wary of picking the first idea that pops up, of settling on something expected or boring. Just as last week, Brad Herzog discussed developing your ideas, not latching onto the first thing that pops into your head, Aadil Vera suggests creating limitations to ensure that doesn't happen.

"A limitation will lead you to something really colourful out of the box."


I think you get the idea. Vora finishes his talk saying "Place creative limitations on yourself. Make challenges more challenging." In this way, he suggests that we can all increase the creativity in what we create. 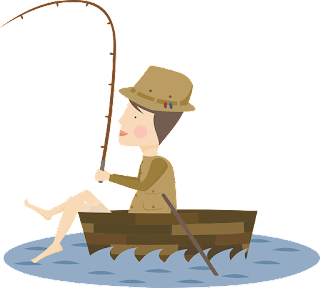 Brad Herzog did a TED Talk (TEDx Monterey - running time 15:36) about A Writer's Secrets to Catching Creative Ideas. Every time I watch this talk (so far three times, but there will be more), I feel so inspired to write and to work harder on finding awesome ideas. I find him to be a very personable speaker, sprinkling in the perfect amount of humour and making me feel, almost instantly, a strong connection with him.

"Everything in my mundane daily existence can be fodder for a clever and creative idea. It's just a matter of sort of tilting my head at the world a little bit; questioning everything; and, what I like to call, wondering out loud."


WONDER OUT LOUD
- what if?
- who discovered/created that?

COUNTER CONVENTIONAL WISDOM
- surprise people
- what if the opposite were true?

One of the suggestions that Herzog makes that resonates with me is "don't jump the gun on your idea. Let it percolate a bit, think about it for awhile, and essentially find the real story."

This is an important and often neglected tip. Our fast-paced world is often rushing us to find ideas and get things written. This can result in less than stellar ideas. "Often it takes a little bit of patience; that's part of the creative process. Sometimes that means not only finding the idea but waiting and figuring out how to convey the idea."

I once read a writing instructor who shared that when brainstorming a fiction novel idea, she would write out an entire workbook of what-if scenarios and see what the best ideas were. She never rushed this stage and reported that she often came up with 20 or 30 mediocre ideas before landing one that she believed to be spectacular. This is something that I have not done well in the past, but you can bet that it's on my radar now.

"If you can put that all together, sometimes you can catch something really special."

Listen to the TED talk that Herzog has put together. In it, he gives fantastic examples of his personal idea process and he illustrates his tips with his firsthand experience.

It is Steal Like an Artist by Austin Kleon. It's an adorable format: 6-inch x 6-inch size with lots of doodles and drawings and tips. There are 10 chapters based on 10 tips to 'unlock your creativity'. My absolute favourite chapter is #4: Use Your Hands.

Kleon has two desks in his office. One is analog and one is digital. The analog desk is not allowed to have anything electronic on it. Instead, it is filled with markers, paper, newspaper, index cards. The digital desk has his electronics.

He says that "The computer brings out the uptight perfectionist in us -- we start editing ideas before we have them" and suggests that we create first, and then bring our pieces to the computer for editing and finishing.

This idea really resonates with me. Not to mention that once I get on the computer, I seem to get sucked into facebook and every thought of mine that needs to instantly be researched. Not terribly productive.

At the end of the book, he has a "What Now?" section where he suggests that you give a copy of his book away. I can't do it. This is the third time I've read it (it's a pretty quick read - 140 half pages, many of which are lists or drawings) and I get something out of it each time.

I recently listened to his TEDx Talk KC about this topic and gleaned a few more nuggets from that.

He believes that nothing is original. "Every new idea is just a remix or a mashup of 1 or 2 previous ideas." Takes the pressure off of having to come up with something nobody has done or seen before, doesn't it? He goes on to list some of the sources of ideas: friends, books, music, movies, cities you visit. On and on.


You cannot, however, rehash previous ideas without first paying attention to them and collecting them. Kleon suggests carrying around a notebook (digital or paper) to record everything that appeals to you: phrases, photos, lyrics, thoughts, conversations, doodles, whatever. Only by compiling a library of potential tidbits, can you bring those thoughts together in new ways and into new art.

"It comes down to trying to expose yourself to the best things that humans have done and then try to bring those things in to what you're doing." Steve Jobs

And finally, he suggests when stealing from other artists, "take something from them but bring it back to your desk, take it back to where you do your work, combine it with your own ideas and your thoughts, transfer and form it into something completely new and then put it out into the world, so we can steal from you."

As Kleon suggests on his webpage, this blurb is copied and pasted from his website:

Austin Kleon is the New York Times bestselling author of three illustrated books: Steal Like An Artist, Newspaper Blackout, and Show Your Work! His latest release is The Steal Like An Artist Journal: A Notebook For Creative Kleptomaniacs. His work has been translated into over twenty languages and featured on NPR’s Morning Edition, PBS Newshour, and in The New York Times and The Wall Street Journal. New York Magazine called his work “brilliant,” The Atlantic called him “positively one of the most interesting people on the Internet,” and The New Yorkersaid his poems “resurrect the newspaper when everybody else is declaring it dead.” He speaks about creativity in the digital age for organizations such as Pixar, Google, SXSW, TEDx, and The Economist. He grew up in the cornfields of Ohio, but now he lives in Austin, Texas, with his wife and sons. Visit him online at www.austinkleon.com
Posted by Little City Farm 2 comments: 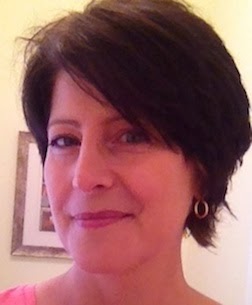 My name is Terry. I am a writer, artist, and dog-lover. My big dream is to support creatives (and that's all of us) who need a little boost. I hope to drag you along on that journey.

When I'm not creating, you'll find me with a glass of wine in hand, contemplating how I got banned from the doggy park. 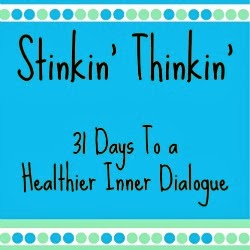